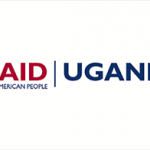 The United States Agency for International Development (USAID) is an independent agency of the United States federal government that is primarily responsible for administering civilian foreign aid and development assistance. With a budget of over $27 billion, USAID is one of the largest official aid agencies in the world, and accounts for more than half of all U.S. foreign assistance—the highest in the world in absolute dollar terms.

USAID’s programs are authorized by Congress in the Foreign Assistance Act,[6] which Congress supplements through directions in annual funding appropriation acts and other legislation. As an official component of U.S. foreign policy, USAID operates subject to the guidance of the President, Secretary of State, and the National Security Council.[7] USAID has missions in over 100 countries, primarily in Africa, Asia, Latin America, the Middle East, and Eastern Europe.

11 Consultants Job at US Agency for International Development (USAID)